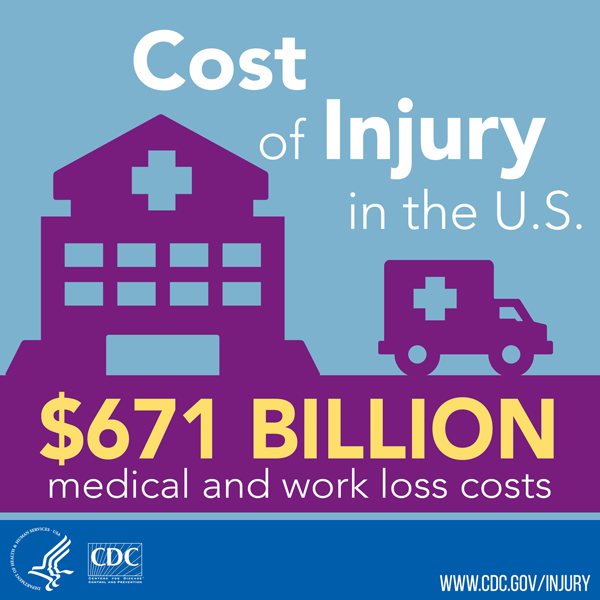 Personal Injury Costs In the U.S.

According to two new Morbidity and Mortality Weekly Reports (MMWR) reports, for 2013 $671 billion were the total costs of personal injuries and violence in the United States. Fatal injury costs was $214 billion and nonfatal injury costs were over $457 billion

The numbers for the United States are staggering, injuries, including all causes of unintentional and violence-related injuries combined, accounted for 59% of all deaths among persons ages 1–44 years of age. To put that into perspective that is more deaths than non-communicable diseases and infectious diseases combined. About 27 million people are treated in emergency departments and released, over 3 million people are hospitalized and more than 192,000 die as a result of unintentional and violence related injuries each year.

Deb Houry, M.D., M.P.H., director of CDC’s National Center for Injury Prevention and Control is reported as stating “The magnitude of costs associated with injury underscores the need for effective prevention. It is crucial that communities and states increase efforts to implement evidence-based programs and policies to prevent injuries and violence to reduce not only the pain and suffering of victims, but also the considerable costs to society.”

The two studies include lifetime medical and work loss costs for injury related deaths and injuries treated and released in hospitals and emergency departments, and provide costs by age, gender, and injury intent. Other key findings include:

More than 50 percent of the total medical costs and work loss costs related to personal injury were attributable unintentional injuries, which I interpret mean negligent acts or omissions ($129.7 billion). The other causes of death included suicide ($50.8 billion) and homicide ($26.4 billion).

Costs, for personal injuries that required hospitalization in 2013, were $289.7 billion. The costs for injuries that were treated and released in hospital and emergency departments were $167.1 billion. 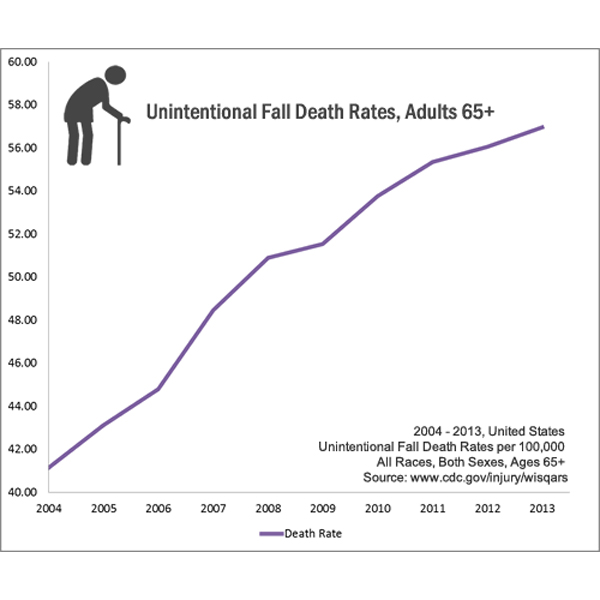 Slip and Fall / Trip Fall Can Cause Fatal Injuries

The chart below shows that personal injury is the #1 killer of children in the United States. 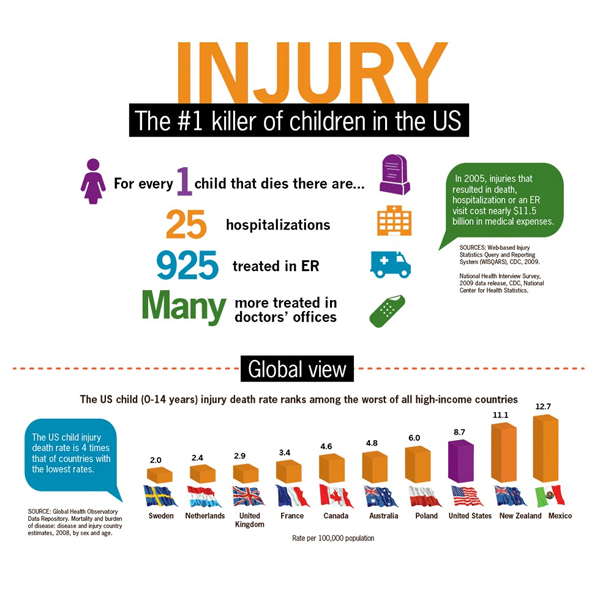 As you can see the economic toll associated with personal injuries is staggering. In addition to costs associated with accidents, the human toll is even greater, considering the pain and suffering the victims and their family goes through. An ounce of prevention is worth a pound of cure. It is important that we all act in way that helps reduce and prevent injuries whether the result of negligence, violence or unfortunate incidences.

As an experienced Pasadena personal injury attorney, I know how accidents can cause severe personal injuries, for more than three decades, The Law Offices of Richard M. Katz has been her to help. If you or a loved one has suffered a personal injury or the loss of a loved one, for a complimentary assessment, kindly do not hesitate to provide me a call. 626-796-6333 or call me through my site .